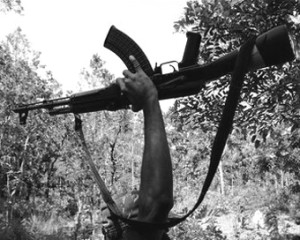 Union Home Minister Rajnath Singh has praised the Jharkhand government for bringing down Naxal-related incidents in the state.

He commended the state government when Chief Minister Raghubar Das called on him in Delhi, an official statement said.

Singh also appreciated the government’s functioning and accepted the Chief Minister’s invitation to inaugurate a new complex of Jaguar in the first week of February, it said.

The chief Minister also met Defence Minister Manohar Parrikar and invited him to inaugurate the tri-colour at ‘Pahadi Mandir’ in Ranchi on January 23.