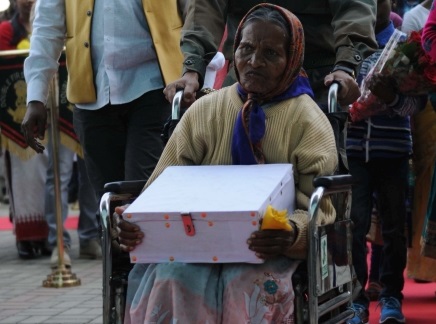 Pakistan and became a martyr to be buried in Tripura,the earthy remains of Lance Naik Albert Ekka was brought to Ranchi today by his wife Balamdina Ekka.

This earthy remains are going to be placed in a memorial in his village in Gumla.

The earthy remains were brought by Balamdina Ekka.She arrived at Birsa Munda airport in Ranchi on Saturday.

Addressing the media persons,she talked about her journey and her plan to bring the earthy remains of the body of the martyr who was buried at Tripura after being martyred in the 1971 Bangladesh Liberation War and awarded India’s highest gallantry decoration, the Param Vir Chakra,India’s highest military decoration awarded for highest degree of valour or self sacrifice in the presence of the enemy.