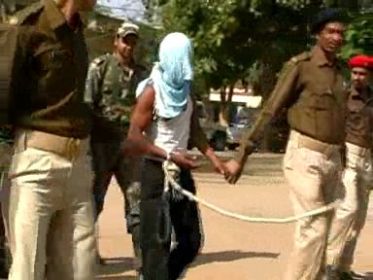 A Maoist ‘sub-zonal commander’, carrying a reward of Rs five lakh on his head, has been arrested during a special operation in Palamau district, said the police.

Jagnarayan Yadav alias Vishal ji has been arrested from Thekhi village in the extremist-hit district added the police.

According to the police, a self-loaded pistol and three rounds of ammunition were recovered from the possession of Yadav, who joined the ultra group 14 years ago.

Over 10 cases were pending against Yadav, who was also suspected to be involved in the blowing up of Harihargunj Block office in the district in December, 2011, police said, adding that several cases of extortion and Naxal-related cases were also pending against him in adjoining Bihar.