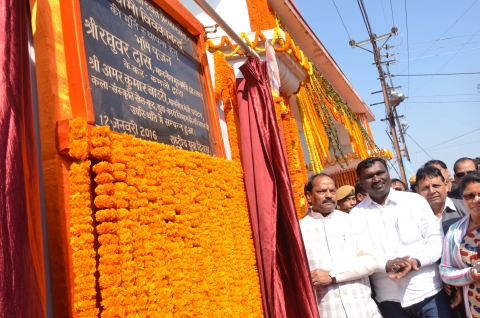 The incident is significant for two reasons.

One,Ranchi Lake is situated in the heart of Ranchi city,at the base of Ranchi Hill where stands a temple of the God Shiva.It lies near G.P.O.and was excavated by a British Colonel Onsley in 1842.The place is also a popular picnic and boating spot.

While laying the foundation stone for this statue,Das was accompanied by the Art and Culture Minister Amar Kumar Bauri.

Incidentally,the Ranchi Lake is planned to be beautified by the Ranchi Municipal Corporation.A multi crore rupee project was already prepared for its implementation soon.