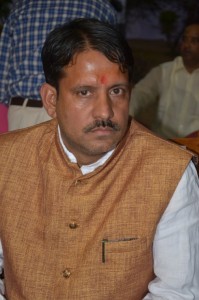 Jharkhand Agriculture Minister Randhir Singh today said that NABARD should cover more farmers of the state and distribute Credit Cards to them with increased amount of credit.

Farmers of Jharkhand, who were badly affected by drought for past several years, needed help, he said at a function organized by NABARD (National Bank of Agriculture and Rural Development) in Ranchi.

He said the state has taken initiative to extend all possible assistance to them and if NABARD supports them by distributing Kisan Credit cards among them and extends the limit of credit, it would be of great help to them as well as the state.

The state government has plans to prepare a separate budget for agriculture next fiscal with an aim to promote the sector, he said.