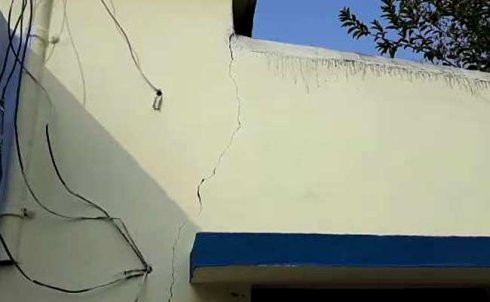 Five persons were reported dead and over 100 injured in the quake that hit Eastern and North-Eastern parts of the country early morning today.

The tremor lasted for a minute. The depth of the quake was 17 km below the ground and the epic centre being Tamenglong district of Manipur.

The affected states are Manipur, Nagaland, Arunachal Pradesh, West Bengal, Jharkhand and Bihar.
Patna, Purnea, Kishanganj, Madhepura, Supaul, Katihar are some of the places in Bihar affected due to the quake and Ranchi, Godda, Dhanbad and Giridih in Jharkhand.