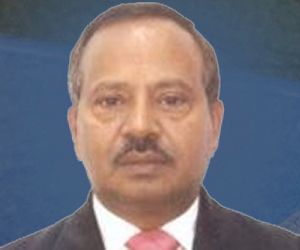 With an aim to transfer cash to beneficiary through financial institution,Jharkhand’s initiative supervised by its IT’s Principal Secretary NN Sinha has shown remarkable figure as compared to other states and UT.

With the allocation of all 260 blocks to various banks, especially SBI and Bank of India, it was later found that the kiosk banking model and online biometric authentication model of SBI scored above the rest of the smart card models. In 2011 it was thus decided by the State that the kiosk banking model would be the preferred model and smart cards would not be allowed for electronic benefit transfer scheme.

The Govt of Jharkhand had, in Aug 2012, under the guidance of the Development Commissioner, directed all relevant departments to start integrating to the project. Aadhar will be a natural authentication process. Banks have now been directed to work on the model and start operationalizing all 4562 panchayats as panchayat banks and start disbursals by July 2013.

Subsequent to the nomination of the project in the National eGovernance Awards 2012-13, after studies by the reviewing team, the State has been awarded the Silver medal in the “Exemplary reuse of ICT” category. This is a prestigious award for the State as the project has not only concentrated on actual service to citizens, it basically integrates available projects and infrastructure for the betterment of citizen convenience.

As Sinha could not personally receive the award, the same was received by Dr. Pravin Jha, Special secretary, Department of Information Technology, Govt. Of Jharkhand on February 12,2013. The awards were given jointly by Chief Minister of Rajasthan Shri Ashok Gehlot and Shri V Narayansami, Minister of State, Govt. Of India.