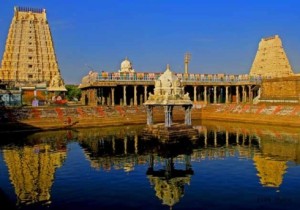 A new dress code for devotees entering temples in Tamil Nadu will come into force from January 1 as several important shrines have put up notice boards highlighting this.

The dress code was being followed on the orders of the Madras High court early this month, officials said.

According to a notice board outside the Palani temple, male devotees have been advised to wear dhoti, shirt, pyjama or pant and shirt while women and girls should wear saris or churidhar or ‘pavadai’ with half-sari.

Devotees wearing lungi, bermudas, jeans and tight-leggings would not be allowed, it said.

Other major shrines which have put up notice boards about the dress code included the Rameswaram and Meenakshi temples, officials said.