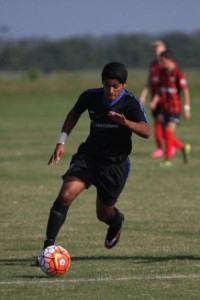 ‘First Indian in Harvard soccer team’,a top story published by The Hindu on December 29,was circulated by
googlealerts-noreply@google.com.

When www.jharkhandstatenews.com’s Editor Manoj Prasad received this story on his mail sent by googlealerts-noreply@google.com,a meeting was held.Presided by Prasad,the meeting unanimously resolved to publish the story on ‘Top -Just In Story on December 31,2015.

‘The message of this story is simple that Harvard soccer team carries first Indian whose is son of another Manoj Prasad and Laxmi Manoj:,said www.jharkhandstatenews.com Editor Manoj Prasad.

Manoj Prasad not only wished all a happy new year,but appealed to his friends and viewers to read the Hindu’s MR Praveen Chandran’s story ‘First Indian in Harvard soccer team’.

Here www.jharkhandstatenews.com is providing the link so that you can read excellent story promoted by Google.

Read the story and be proud of the Hindu,its writer and Google.

Picture with its caption ‘Sixteen-year-old Vardhin Manoj, a U.S. citizen by birth, has agreed to join the Harvard University soccer team as soon as he finishes school.’Courtesy The Hindu