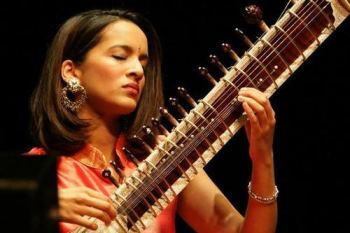 Thirty one -year old Anoushka Shankar, daughter of legendary sitarist Ravi Shankar, has hit the jack port by joining an online campaign demanding an end to crime against women, in the wake of the Delhi gangrape.

She has exhorted one billion women and those who love them, via the website Change.org, to walk out, “Dance, rise up, and demand” an end to this violence this Valentine’s Day, February 14.

“The campaign ‘One Billion Rising’ is a promise that we will rise up with women and men worldwide to say, ‘Enough! The violence ends now’,” the website said. It also contains a video of Anoushka speaking out for women who have been victims of abuse and asking people to join the campaign.

“As a child I suffered sexual and emotional abuse for several years at the hands of a man my parents trusted implicitly. Growing up, like most women I know, I suffered various forms of groping, touching, verbal abuse and other things I didn’t know how to deal with, I didn’t know I could change,” said the Indian composer, now living in London.

She added that she was taking part in the One Billion Rising movement “for the child in me who I don’t think will recover from what happened”.

“As a woman I find I am frequently living in fear. Afraid to walk alone at night, afraid to answer a man who asks for the time… and enough is enough. I am rising, for (the Delhi rape victim) and women like her. I am rising with the amazing women of my country. I am rising for the child in me, who I don’t think will ever forgive and recover from what happened to her.