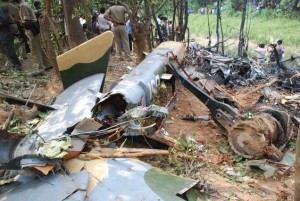 The BSF, which crashed in Delhi yesterday morning killing all 10 people on board, was bringing a team of aviation engineers including some technicians to Ranchi airport where they were supposed to carry out maintenance of BSF choppers engaged in anti-Maoist operations in Jharkhand.

Six technicians, one engineer and one crew member were scheduled to land at Ranchi airport.

The BSF owned Mi-17V-5 helicopter besides two Dhurv helicopters are parked at the airport where the BSF team would carry out servicing to make sure that the helicopters are completely ready for the anti-Maoist operations in Maoist-hit Jharkhand.