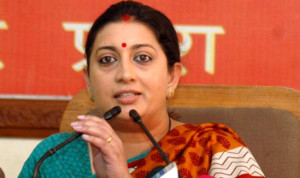 The HRD Ministry plans to set up Kendriya Vidyalayas in all Lok Sabha constituencies of the country, HRD Minister Smriti Irani said today.

She said during Question Hour in Lok Sabha that she was aware of the aspirations of many MPs to see at least one KV to be set up in their constituencies.

Smriti said the HRD Ministry was trying to get additional budgetary allocation in the next fiscal so that more KVs could be set up in more areas and efforts are on to establish at least one KV in each of the Lok Sabha constituencies across the country.