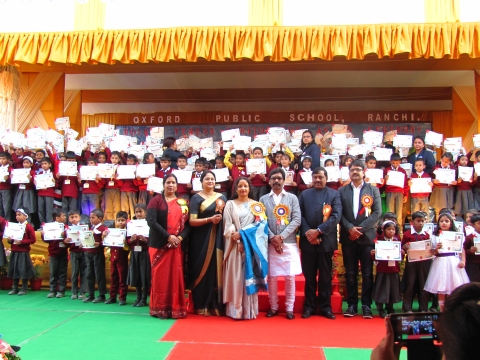 “The performers left the audience spellbound with their enthralling performances”,said an eye witness.The show began with a welcome dance,a blend of ballet and Japanese fan dance.

Subsequently,the students of classes IV and V presented a dance-drama based on the theme of ‘Water Conservation’ which was appreciated by the audience.This was followed by the Michael Jackson dance with an Indian tadka.

In fact,the main attraction of the day was the ‘Mayur Dance’ depicting the unity among birds.

Soren addressed the gathering and congratulated the awardees and the performers and appreciated the performance of the students on the stage in a disciplined ambience.