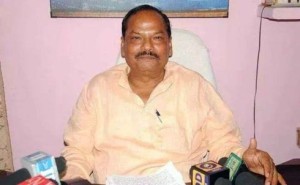 Chief Minister Raghubar Das today asked all legislators to launch an awareness campaign against liquor in their respective constituencies.

He made the appeal in the Assembly while replying to Bharatiya Janata Party MLA Radhakrishna Kishore’s query whether the government has any plans to impose a total ban on liquor.

The Chief Minister said the government has already stated that it will give RS one lakh each to liquor-free villages.

Women were doing commendable work by their awareness campaigns against alcohol in villages, added Das.