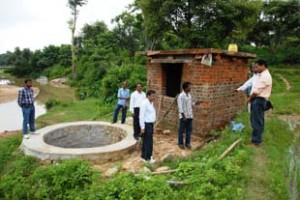 The Minister said that all the water resources projects such as major and medium irrigation projects, surface minor irrigation projects, repair, restoration and renovation (RRR) of water bodies are meant for storage of water resources for providing water to farmers for irrigation. The central government has provided total Rs604 crore to state of Jharkhand under Accelerated Irrigation Benefit Flood Management Programme in last three financial years since 2012-13, said the minister. As per the statement tabled in the house, central government released grant of Rs568.99, Rs0.00 crore and Rs34.98 crore in 2012-13, 2013-14 and 2014-15 respectively.

In fact, Nathwani wanted to know about different schemes for making adequate water available to the farmers for irrigation and expenditure incurred during the last three financial years. He also wanted to know about central assistance provided for repair and maintenance of dams and embankment meant for water harvesting to various states.