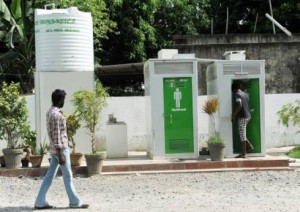 The Ministry of Urban Development, Government of India, has released total Rs15.27 crore for state of Jharkhand for building toilets under Swachh Bharat Mission, while the amount stands at Rs86.62 crore to the State Government of Gujarat.

The minister stated that under Swachh Bharat Mission (Urban), total 1.04 crore individual toilets, 2.52 crore community toilets and 2.56 crore public toilets will be constructed in 4041 towns of the country.

Shri Parimal Nathwani wanted to know about schemes supporting the infrastructure development in tier-II and tier-III cities of the country and the funds provided for the same.

In the statement tabled in the house, the minister said that the estimated cost of implementation of Swacch Bharat Mission (Urban) for its various component is Rs62,009 crore and the Government of India’s share is Rs14,623 crore.