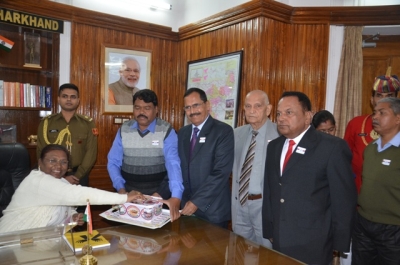 As it is the Indian Armed Forces Flag Day or the Flag Day of India is a day dedicated to the collection of funds for the welfare of the Indian armed forces personnel. Since December 7, 1949, it is being observed annually in India.

The original Flag Day Fund was set up in the year 1949, by the Defence Minister’s Committee
The fund collection is managed throughout the country by the local arms of the Kendriya Sainik Board (KSB), which is a part of the Ministry of Defence
The fund collection is organised both by official and non-official means through voluntary organisations
Over the years, it has become a tradition to commemorate this day as an honour to the soldiers, airmen and sailors of India
On the Flag Day, all the three branches of the Indian armed forces, the Indian Army, the Indian Air Force and the Indian Navy, arrange a variety of shows, carnivals, dramas and other entertainment programmes to showcase the talent of their personnel
India has the world’s 3rd largest military force with 1.3 million active personnel, 1.15 million reserve personnel and 1.3 million paramilitary personnel.
To mark the day the Governor donated the sum and appealed to the people to actively donate fund for the martyr Arm personnel,Disabled Armed Security and their dependents.