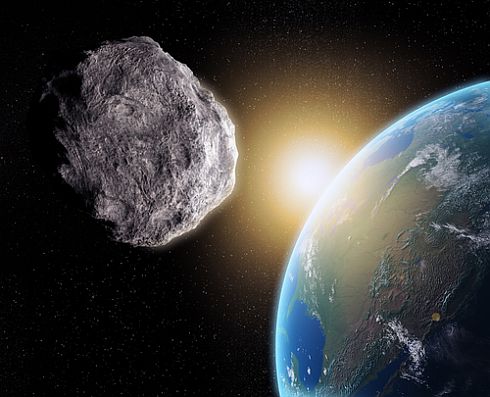 Come February 16 and an asteroid will fly by from close to Earth.How close?

“Closer than the orbits of some geosynchronous satellites”,said a PTI report.

The size of this asteroid billed as “2012 DA14” is said to be equal to a football field.It will pass at an estimated distance of 27,700 km on February 16 at 00:10 AM, said the PTI report quoting Secretary and Director of Planetary Society of India N Sri Raghunandan Kumar.” The 45-metre wide space rock is moving at a speed of 7.8 km/sec.”

“This is the closest approach by any asteroid in recorded history to buzz past our planet, NASA scientists have said. This asteroid was discovered on February 23, 2012 in Spain.

It will pass within the moon’s distance from Earth and closer than the orbits of some geosynchronous satellites, which provide weather data and telecommunications.

However, the space rock poses no danger of impacting the Earth. The next time it will have closest approach to Earth on February 15, 2019 when it be at 6,91,64,078 km”,said the same report.