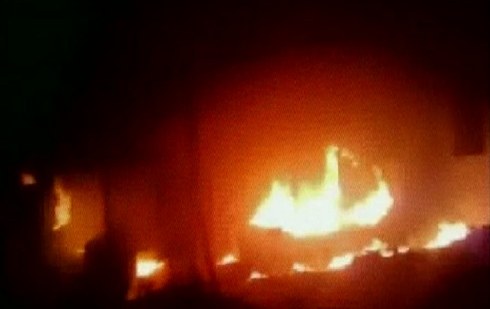 A massive fire broke out in a plastic factory in Koderma district of Jharkhand today in the morning. The fire broke out following a short-circuit in the factory, which is located in Jumri Talaiya area of the district.

According to the police goods worth around Rs 1.5 – 2 crore could have been destroyed in the flames.

“There was a massive fire in the factory. We informed the fire department after we got to know about it.The estimated loss is said to be worth around Rs 1.5-2 crore,” the police said.

A worker of the factory reportedly said, “We were inside when there was a short-circuit. We rushed out and saw that there was a massive fire.”