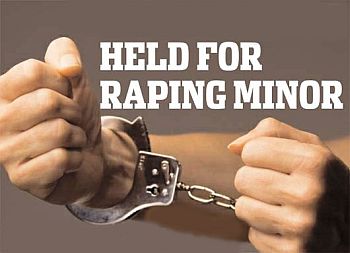 The boy,a student of Class IV,was accused of raping the girl in her house at Uper Pochra village under Barkakana police station in Ramgarh district.

The FIR filed by the mother of the victim,states that while she had gone out for work,the girl was in the house on Friday.When she returned home,she found the girl,a Class two student,bleeding profusely.

”I took her to the clinic where the doctor referred her to Sadar hospital in Ramgarh.On way to Ramgarh,she told me that this boy had raped her.Later the hospital authorities informed the police”,she claims in her FIR.

The police took him into custody yesterday only to send him to remand home today.