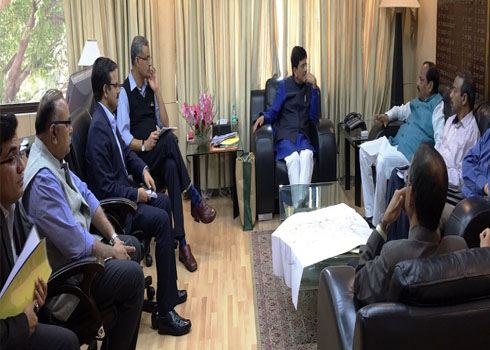 The Damodar Valley Corporation(DVC) will exempt 60 percent of total amount due to the Jharkhand government making it save Rs 1200 crore.

A decision toward this end was taken in a meeting held between Jharkhand Chief Minister Raghubar Das and Union Energy Minister Piyush Goyal.”The fund needed for mega power projects  and the dues of the Jharkhand Vidyut Vitran Comapny will be met by taking loan from the Reserve bank of India”,said Das.

Das said that to restart the Tilaya Ultra Mega Power Plant,tender will be released afresh.He said that a committee will be set up to implement Jharia Rehabilitation Plan and after it was approved by the Union Coal Ministry,move will be launched to implement it in Jharia.

“We will also accord importance to provide jobs to the eligible members of the displaced families”,said the CM.