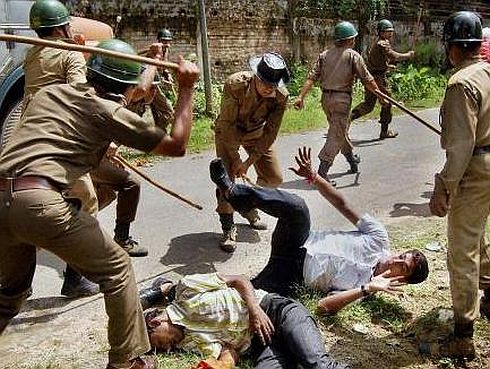 A tense calm prevails in Chatra following a group clash trigerring firing which left one dead on Saturday.

The deceased was identified as Umesh Kumar(25),a resident of Shinghani village falling under Pathalgada locality of Chatra.About 50 persons were injured.

The firing was the outcome of a clash between two rival groups during immersion of Saraswati idol.

Reports said police opened fire to quell the clashing groups.However,it was not known whether the casualty had occurred due to shots fired by the police or from the rival faction.There were claims and counter claims over it.

Violence broke out while the procession was passing through a lane in Pathalgadha.Another group was opposing it.The police had to open fire to disperse the clashing groups. Two police vans were set afire by the mob.”Now normalcy was restored”,Superintendent of Police Anup Birtheray said.