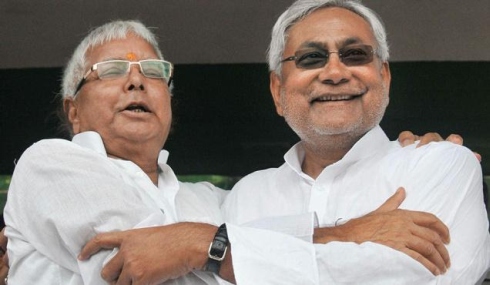 Bihar Chief Minister Nitish Kumar has said that the formal process for formation of the new government of Grand Alliance will start on November 14, when the state Cabinet will meet and recommend the dissolution of the present House.

The legislature party meeting will be held on November 14 to elect a new leader and decide the date and venue for the oath-taking ceremony, Kumar reportedly said after returnig from Raj Bhawan, where he had gone to greet Governor Ram Nath Kovind for Diwali.

Kumar said that after the legislature party meeting, the alliance would formally stake claim to forming the government.