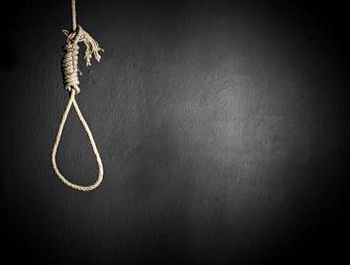 They hailed from Narainsoso village under Angara block in Ranchi district.Both Chotelal Munda(21) and Kaushal Kumari(20)were in love for the past one year.

While Munda was a tribal,Kumari was a non tribal.Her parents were reportedly not inclined to accept him as their son in law.

Fed up with them,both eloped on February 13.After Munda’s mother rang up up telling them that their marriage would be solemnized,the duo returned home and started living together at Munda’s house.

But since Kumari’s parents were still reluctant to marry her with him,both were said to be in tension.On Saturday evening both had dinner and slept together.When they did not get up and opended the door on Sunday morning,his parents broke open the door to find both Munda and Kumari hanging down with electric wire tied on their necks.