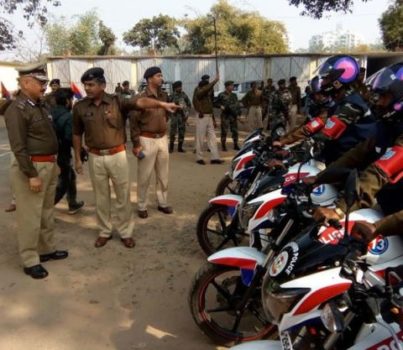 In fact,bike cops were meant to maintain law and order and contain traffic problem in the state capital-Ranchi.”This is the main motive of the bike cops”,said the DGP.

A group of 100 bike cops,each carrying a mo-bike,was flagged off by the DGP at 10 A.M. on February 15,two days before the state government led by Chief Minister Raghubar Das is slated to hold Global Investors’ Summit at the Sports Complex in Ranchi on February 17-18,2017.

To begin with,the bike cops are deployed to deal with the traffic problem.