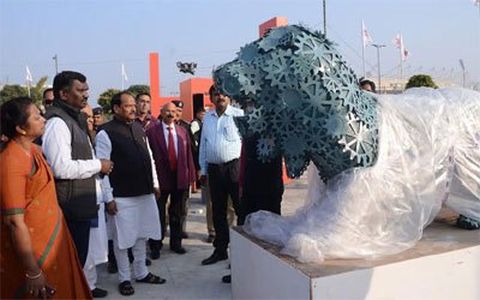 With the two –day Global Investors’ Summit ending on Friday,the state government claimed that it had secured 209 proposals for investment of about Rs three lakh crores.

Among these proposals,the state Industry Department has gained 121 proposals worth about Rs two lakh crores.

If these investments are made,more than two aand four lakh people will get employment directly and indirectly respectively,said the Union Minister of State for Civil Aviation Jayant Sinha.

Sinha told media persons that a new airport is going to be made in Jamshedpur and the air service between Jamshedpur and Kolkata.More,Airport Extension is planned to be set up at Deoghar,Palamau,Jamshedpur,Giridih.

Sinha informed that the Air Asia is slated to start flight service between Delhi-Ranchi-Kolkata-Delhi.”This will help passengers in these places”,said Sinha thanking the state government for its able “Human Resources,Natural Resources and Appropriate Environment.”

“This is the reason why the state government has gained so many proposals for investment”,opined Sinha.