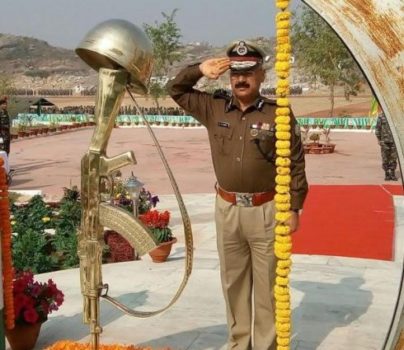 D.K.Pandey today claimed that Jharkhand will be free from Maoists by 2017.

He opined this while addressing the foundation day of the ‘Jharkhand Jaguar’,20 Assault Groups of Special Task Force in Ranchi on Sunday.

As it is,the state government in league with the Centre had set up 20 Assualt Groups of STF for eradication of extremist activities in Jharkhand on February 19,2008.This force was later given the distinctive name of “Jharkhand Jaguar” (JJ), and also a distinctive uniform.

“When STF commandos walk,enemies shiver.Through their sound of the boot,even the forest shiver.The STF jawans have a capability to cut the stone in water”,opined Pandey adding that they learn the trick of the trade through a very hard training.