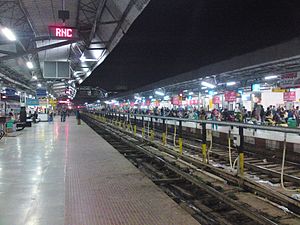 Experts are working to turn Ranchi Railway station as ‘world class station’ in India.The private company is being used to attain the goal.Reports claim that the Indian Railways will provide its land to the company which will develop the station on the basis of international criteria.

Toward the same end,developers are slated to turn up on March 1,2017.”After they survey the entire area,they will plan for its commercial use”,said a senior Railway officer.The land is expected to be used to developMall,Shopping Complex,Hotel,public services and so on.