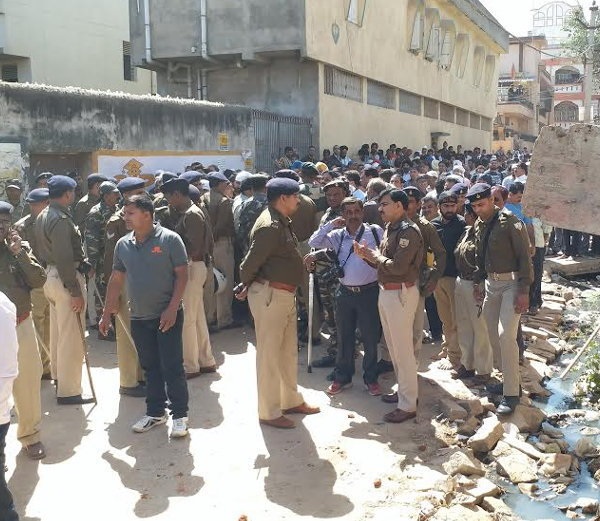 Picture shows the police trying to maintain law and order at Birla Maidan in Ranchi on February 28,2017.

Ranchi based Birla Maidan turned into a battle field between two groups of people on the issue of land.As a result,more than 50 persons were injured. All the injured victims are reported to have taken medical support at different clinics."Now,the scene was learnt to be peaceful at Birla Maidan,said the Police.

The Sikh community plans to build a multi speciality hospital.To do so,its members gathered at the site to begin construction."As soon as they reached the spot to lay foundation,the locals protested against it."As the protest started in the form of push and pull of the Sikh members,the other group members started pelting stones.This caused injury to men,women and children",said Suydhir Singh,who claimed to be a witness.