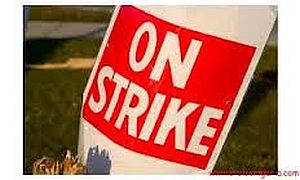 To press for implementation of these demands more than 6,800 staff of Jharkhand’s five Universities and its affiliated 65 colleges today proceeded on indefinite strike.

The strike has affected the functioning of these institutions.”The teaching was partially affected”,claimed a report.

The agitationists who had struck work under the banner of Jharkhand Vishwavidalaya Evam College Karamchari Mahasangh,shouted slogans against the state government.

“We will not call off our agitation until our demands were fulfilled”,said Sudhir Singh,a leader of the Mahasangh.”The government has not been sensitive to our demands.”