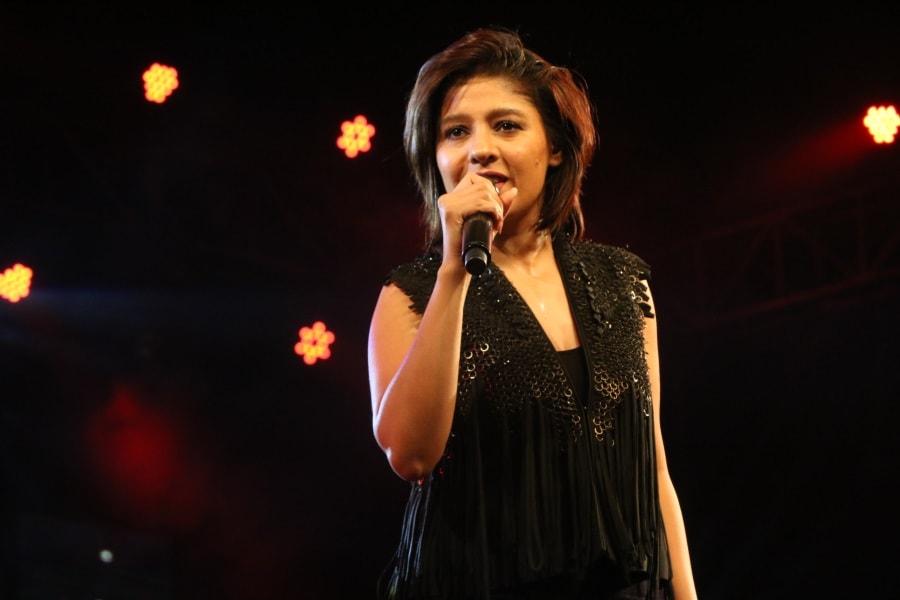 Amidst the euphoria that was buzzing up in the atmosphere and an unparalleled excitement that was reaching a fever pitch, we finally reached the most awaited night of BITOTSAV’17, the Pro-Nite starring Bollywood playback sensation Sunidhi Chauhan. It took place at the NCC Ground BIT Mesra on the 20th of March 2017.The chief guest of the night was the ADG (JP), Anurag Gupta, I.P.S.The euphoric night was hosted by Saurav Jha and Zainab Feroz,  who managed to get the audience in the mood to groove.

The Guests of honour were Vice Chancellor, Dr. M.K Mishra, Dean Students’ Welfare, Dr. B.K Mishra, Pooja Sihghal, the general Manager of Bank of India and many more.As she entered the stage, the audience greeted Sunidhi Chauhan with a thunderous applause.Known for her energetic and powerful singing, she injected energy into the crowd with her excellent performance.Way before the starting time of the event, the Venue was jam packed with around 10000 attendees who were expecting this to be a night to remember.

They weren’t disappointed as Sunidhi Chauhan rocked the arena with electrifying songs such as ‘Aivyei Aiyvei’, “Sheila ki Jawaani”, “Beedi Jalile” and many more of her outstanding bollywood superhits.
She graced the stage with powerful performances one after the other which did not let the crowd settle for a minute, and they danced and sang their way through out the night.
At the end of the night, Sunidhi Chauhan was felicitated by the Dean Students’ Welfare, Dr. B.K Mishra.