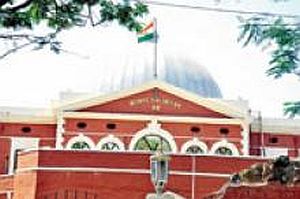 A local court has issued non bailable warrant of arrest against Marwari College Principal UC Mahta among others others in connection with bungling of Rs 74 lakh.

Their case has its own backdrop.UC Maehta was secretary of the governing council of Jharkhand Commerce College,Dumri.The accused led by him are accused of hatching a conspiracy to gobble up the college’s Rs 74 lakh.

A petition toward this end was filed by former principal of the college Deglal Ram who had lodged an FIR against them at Dumri police station.Though the police took cognizance of it and slapped several Sections of the Indian Penal Code including 120(B) on them,none of them were booked.

Instead,the police filed its supervision report stating that the allegations were baseless.Alleging that the accused led by UC Mehta were connected with the politicians,Deglal lodged a complaint with the court of the Additional Chief Judicial Magistrate.

Now the police is left with two alternatives.One,execute the warrant and arrest them.Two,wait and watch giving time to the accused to move the Jharkhand High Court for the interim bail.