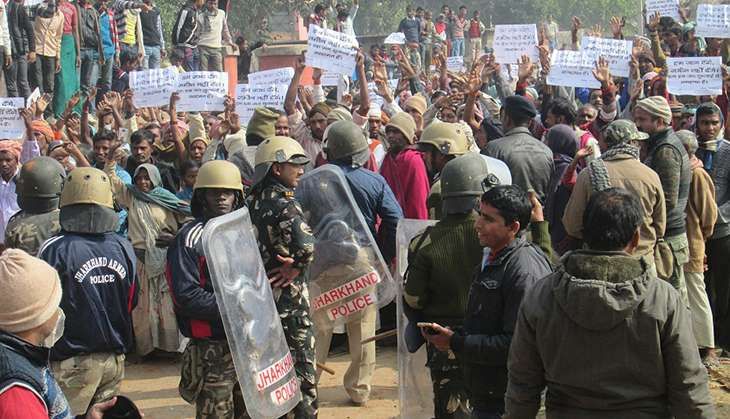 In fact,Adani Enterprises plans to invest Rs 20,000 crore in the various sectors including investment of ultra mega power plant.Toward this end,Adani Power Jharkhand Ltd has signed MoU for setting up ultra mega power project in Godda district and construction was  to start this year.

However,despite its announcement last year,the company has not been able to start construction work till date due to opposition by the people belonging to opposition parties including JMM and Jharkhand Vikas Morcha led by ex CM Babulal Marandi and Pradeep Yadav who was holding dharna in Godda against the project.

Reacting to their opposition,a group of supporters led by Ranjan Mandal has come forward in support of the plan.Mandal is backed by many people who were ready to offer land to Adani Power Jharkhand Ltd.

The conflict between the two groups has turned violent.On Thursday night,the opponents launched attack on the Mandal’s house located at Basantpur in Godda.As a result,the house of Mandal was damaged and Mandal’s brother Yamuna was beaten up.In the process,Yamuna was injured.”He was admitted at a hospital”,said Mandal.

The violence was triggered after Mandals carried a procession in favour of the Adani Power Jharkhand Ltd on Thursday afternoon.Soon,in the night,Yadav led opponents attacked.However,the police is yet to identify the people who had launched the attack,damaged Mandal’s house and beat up Yamuna.