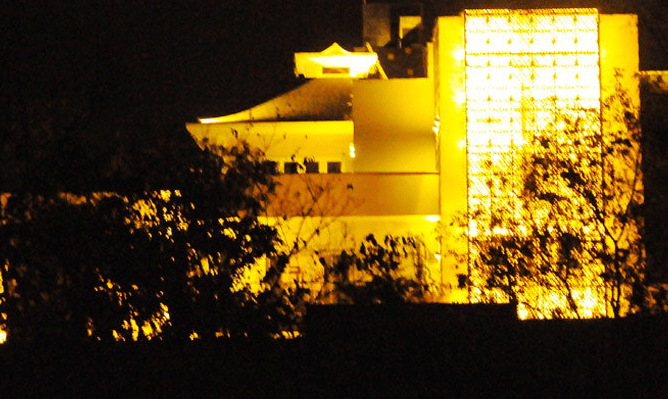 The farm house is located along the Ring road at Simalia village.It is likely that he and his family who were facing water shortage at Harmu house may shift to the double storey newly built farm house.

The Grih Pravesh was held on the auspicious occasion of the Hindu festival of Akshay Tritya on Sunday..

Since 2009,Dhoni family has been living at Harmu house.Prior to his Harmu house which he had built after the state government provided him land free of cost,Dhoni family lived in his father's official two-room flat of the PSU MECON in Ranchi.

A group of priests performed puja throughout the day.His family members and friends took part in it,reports dainik bhaskar.com.Incidentally,Dhoni who is busy playing IPL match was not present.