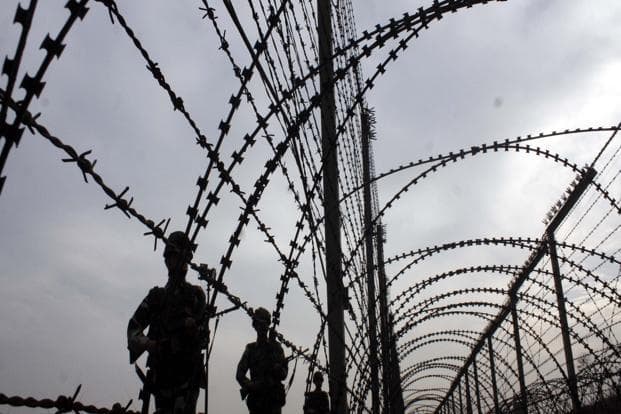 Border tension has escalated tremendously after the recent incident of killing of 2 Indian Army jawans across Line of Control(LOC) in Poonch Sector by Pakistan's Border Action Team (BAT).

It may be recalled that on May 1st, under the cover of intense mortar fire, a team of Pakistan's special forces had sneaked inside Indian territory and had lay in wait for the Indian army patrol party.

The Indian Army has said that such despicable act of Pakistan Army will be appropriately responded.

Following the incident, all forward posts along the LOC has been put on high alert.Security forces has been told to keep strict vigil along the areas where militants are likely to infiltrate into the Indian territory.

There is a sense of fear and panic among the thousands of families living close to the Line of Control in Jammu and Kashmir. They fear that if the tension escalates any further then they might again have to migrate to safer places.