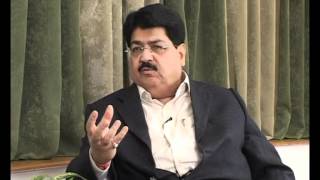 Jharkhand has not been provided with any funds under Saakshar Bharat program of the Central Government in the current fiscal -2012-13.

This was because this state has unspent balances,said Shashi Tharur,Union Minister of State for Human Resources Development (HRD) in reply to a question raised by Rajya Sabha member Mr. Parimal Nathwani.

As of now, a sum of Rs 31.69 crore was released to Jharkhand under this program and Rs 96.78 crore under Rashtriya Madhyamik Shiksha Abhiyan (RMSA)which was launched in 2009-10,said Thakur.

Tharur also informed that allocation of funds to Jharkhand under these two programs was not higher as compared to Chhatisgarh and Uttarakhand, the two states carved out around the same time when Jharkhand was formed. Jharkhand reported an expenditure of only Rs 6 crore only under Sakshar Bharat.

In another question from Mr. Nathwani about vocationalization of higher education in Jharkhand, the minister stated that no proposal from the State of Jharkhand was received under this scheme.