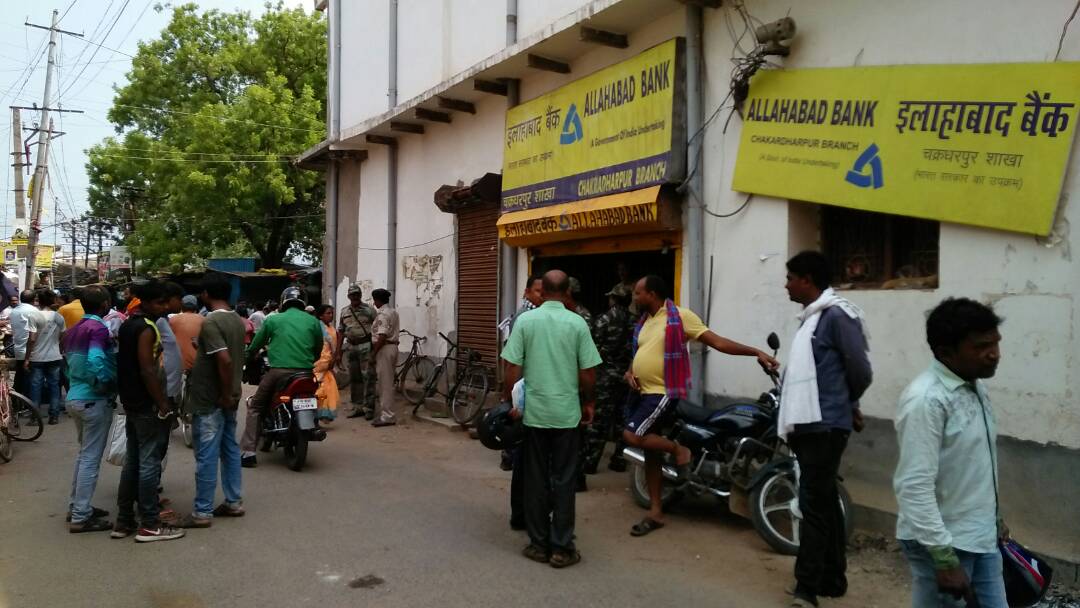 *Pic shows the site where the Allahabad bank was located in Chakardharpur in West Singhbhum district in Jharkhand.

Chakardharpur,one of the four railway divisions under South Eastern Railway Zone of Indian Railways,in West Singhbhum district of Jharkhand,was hit by a big crime-loot of Rs 17.19 lakh from the Allahabad bank.

According to the police, four yet to be identified criminals who had come to the Allahabad bank by two mo-bikes, each carrying pistols and guns,entered into the bank, and disappeared after looting a huge cash -in all Rs 17.19 lakhs.

After the crime was committed and criminals zipped off by their bikes, SP Anish Gupta and ASP reached the spot.Later, Gupta said that the entire area was sealed and every vehicle was being inspected and checked.However,no arrest was made till now.

The crime took place in Chakardharpur at a time when DGP DK Pandey was camping  23 km away in Chaibasa, district headquarter town of West Singhbhum district in Jharkhand.