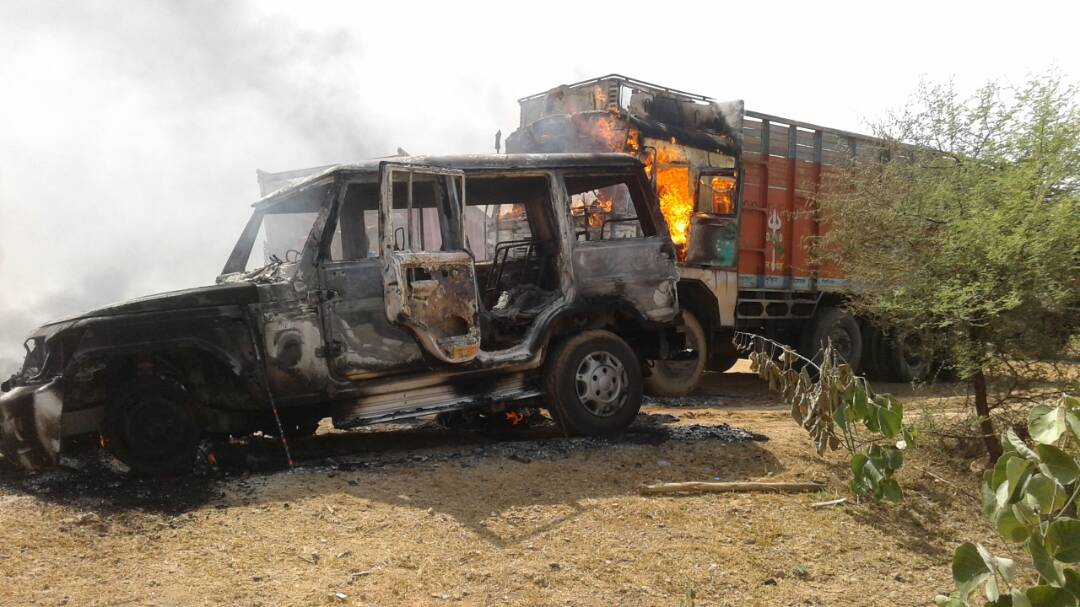 The gun fire resulted in killing of three villagers in Garhwa today.The incident took place along the Banki river in Jatra village under Bishunpur police station in Garhwa.The cause was lifting of sand by a contractor.

However,the villagers remained at the spot shouting slogans against the contractor.They had held up the bodies of the deceased even as the police was trying to restore normalcy in the area.