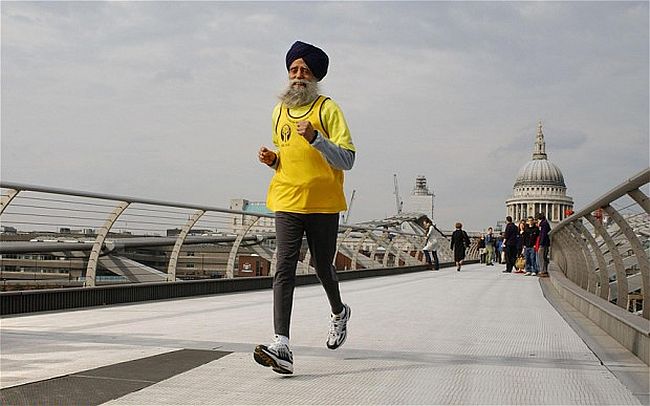 Fauza Singh has made history by retiring at the age of 101 years today after completing his last run in Hong Kong.

Fauza,known as “Turbaned Tornado”,successfully completed 10- km run at the Hong Kong Marathon in one hour,32 minutes and 28 seconds-half a minute faster than at the same event last year,according to the AFP report.

Turban Tornado is a British centenarian marathon runner of Punjabi Sikh descent. He is a world record holder in his age bracket.