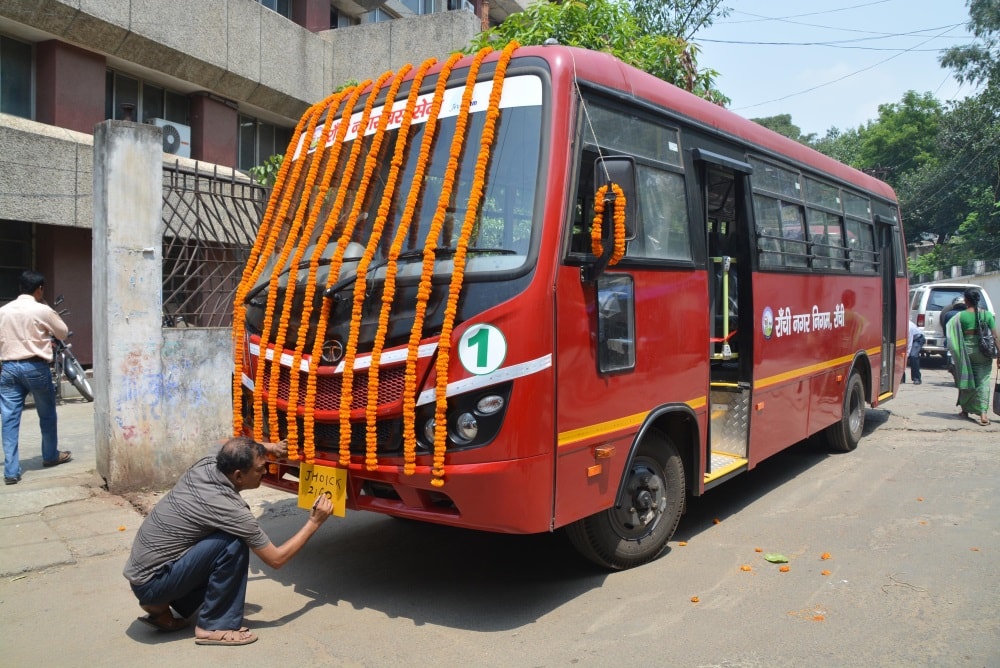 *Pic by Ratan Lal shows Tata Motors Bus launched by the RMC for public transportation in Ranchi on June 15,2017.

Tata Motors bus zoomed around as Ranchi Municipal Corporation(RMC) introduced launched 26 new buses for transporation in the capital of Jharkhand.

The state Minister CP Singh inaugurated these buses by flagging off one of these buses on Thursday.These 26 new buses were planned to be run on three routes.One,Nagri to Appolo via Bariyatu.Two,ITI bus stand to Dhurwa Gol Chakar via Harmu road.Three,ITI bus stand to Ranchi railway station via Circular road.

Of them,25 buses were run by Kihore Mantri and 66 buses-26 new and 40 old buses-were run by Suresh Singh.As per the RMC plan,100 more new buses have to be intoduced to provide transportation service to the
people of the state capital.

Singh,who had got these new city buses from the RMC through open tender,had to pay Rs 451 per day per bus to the RMC.In turn,he is supposed to maintain it by earning Rs 5 for upto 5 KM journey and Rs
10 for upto 12 KM journey per passenger.These rates were fixed by the RMC committee in 2015.

Since the entry of these 26 new buses is expected to face traffic hurdle,the RMC plan to decrease the number of three wheeler auto from 12,000 to 2345 and run 100 more new buses on PPP mode.