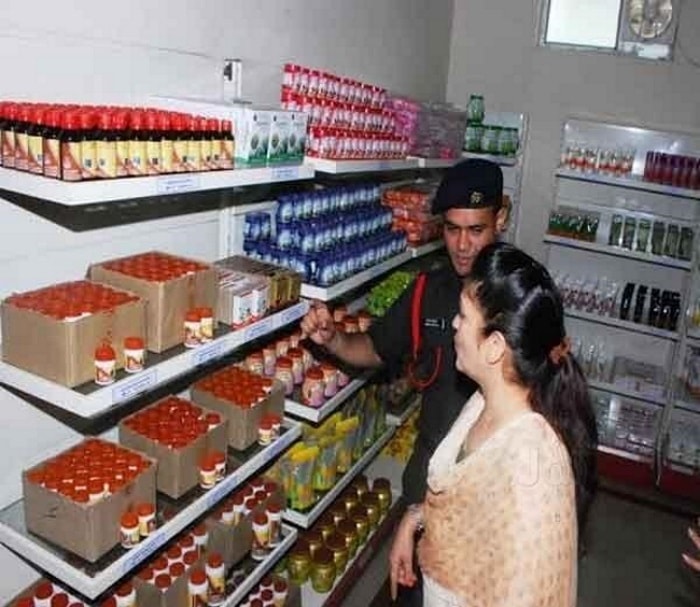 Till recently,Major Pradeep Singh(name changed to protect identity)  bought ration comprising various daily use items such as rice,wheat,shop,oil and tooth paste from Canteen inside the 23rd Indian Infantry Division complex at Deepatoli,Ranchi.

In his Canteen Stores Department(CSD),which runs retail stores for Indian Defence Forces,Singh,who is posted in Jammu and Kashmir,has his family -wife and two children-in Ranchi.In his absence,his wife buys ration and daily used to procure many products from CSD.Today,this Army officer’s wife goes to the market and purchases these products from a civilian’s shop,cribbing and criticizing the Union Finance and Defence Minister Arun Jaitley.

”This government has screwed us very badly”,cribs Singh echoing the sentiments of  thousands of Army officers and their family members.

This is the outcome of the Narendra Modi government’s decision to make CSD pay full Goods and Services Tax on its products.Though the State and the Union government are supposed to return 50 percent of the total tax,CSD had shut its business across the country to save tax payment disparities in the post GST days.

The move has come at a time when the national security is in danger in terrorist affected valley of the J&K and China had threatened Sikkim-Bhutan border where the Army personnel were facing unprecedented challenge.”We stand for the nation.We fight for the nation.We die for the nation.But the government has stopped providing ration to us.We are really shocked”,cribs a junior Army officer.

Notably,CSD retail outlets have an annual revenue of more than Rs 14,000 crore.These outlets sell 5,300 products ranging from biscuits and beer to shampoos to 12 million consumers comprising Army,Navy and Air Force personnel and their families as well as ex servicemen and their kin.They have more than 600 suppliers that provide products such as toiletries and cosmetics,household goods,footwear and accessories,food items,stationery,electronics,consumer durables,liquor and vehicles.