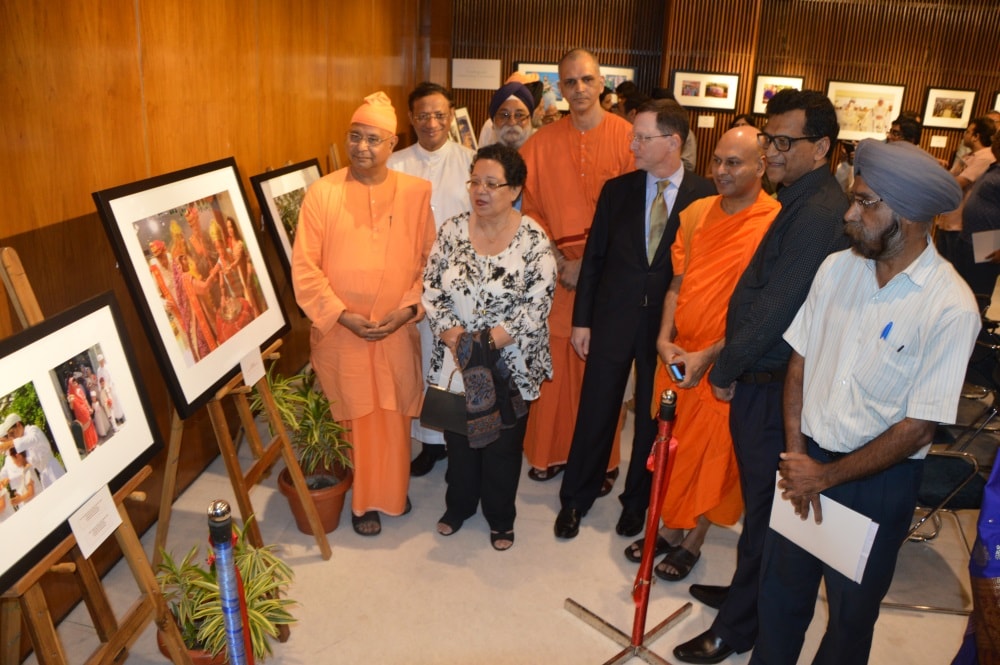 A unique photo exhibition on Indian religious traditions in the United States began at the American Center today.

U.S. Consul General Dr. Craig L. Hall, along with Chief Guest Mr. Goutam Dey, Regional Director of ICCR, inaugurated the exhibition.  Dr. Hall said, “I hope this display leads to deeper understanding and appreciation of the wonderful influence India has had on the United States.  The more our two countries share in the practice of our ideals, the more we can work together to show the world our common commitment to engender tolerance toward all religions, allowing them to flourish with dignity and freedom.”

Presented by the U.S. Consulate, together with Meridian International Center and Harvard University’s Pluralism Project, the collection of photographs highlights how Indian faiths have flourished across America, illustrating how individuals, communities, and organizations practice their traditions and celebrate their differences. The exhibit demonstrate how Indian traditions have been adopted and are practiced by a multicultural population in the United States and spark a conversation among Indian leaders and community members about diversity and religious tolerance.

Like India, the United States is a complex multi-religious democracy.  Keeping Faith illustrates just what that diversity means.   We see Harvard University students celebrate Holi on campus, as they have done since 1998.  In Texas, in 2015, we learn that the Indian-American Muslim Association of Greater Houston sponsored and participated in International Yoga day, even though it fell during Ramadan.  Americans from Vermont to New Mexico have embraced and welcomed Indian culture, and Keeping Faith illustrates just how vital that is in the United States today.

This exhibit was on display in New Delhi early this month and will continue to tour Hyderabad after it is hosted in Kolkata.