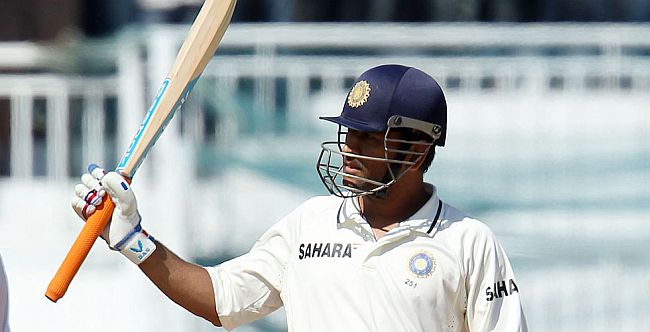 By hitting his maiden double-century in test match against Australia in Chennai on Sunday,Team India captain MS Dhoni has been louded by many across the world.Even in his home town,his fans were in cheers.

So much so that they remained glued to the TV screen watching him set the record on Sunday.As a result,the Jharkhand State Cricket Association’s stadium in Ranchi remained almost empty.Less than 13000 people visited the 45000 capacity stadium last evening when Veer Marathi won Celebrity Cricket League match against Bhojpui Dabanggs.

At the Deori Mandir-the temple of Goddess Durga visited by Dhoni on a regular basis-the priests had blessed him.”With the blessings of the Goddess,he keeps cool when it matters the most and comes up with flying colours.All those who had begun to criticize him,have got a slap on their face.Goddess will punish these critics who criticize for vested interests”,said Ram Mohan Singh Munda.