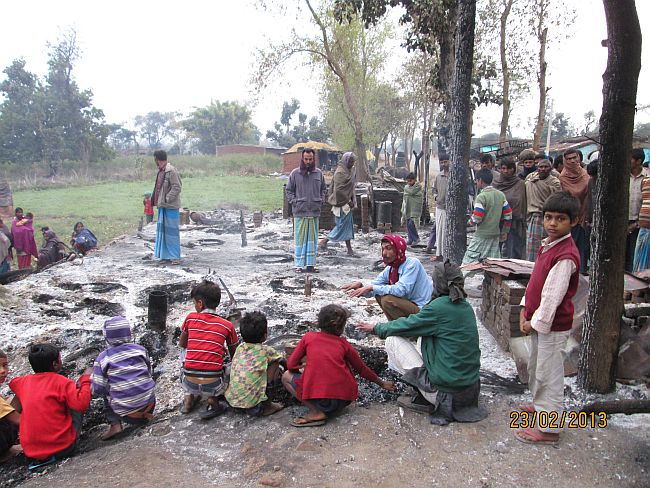 This is exactly what happened at Ratu police station in Ranchi on Sunday.The house of Chandradeo Shah at Ratu was burgled.After three thieves were zipping off on a mo bike(JH1W 4184),the people chased them,but in vain.

Investigations by the police revealed that the bike was owned by one man called Julfan of a neighbouring village.The police caught him and brought him to the police station.After his interrogations,he confessed the crime and disclosed the identity of two other thieves.

Soon,the police caught them and recovered Rs 5000 cash,jewelerries and identity card of Shah from their possession.Just when police were interrogating the three thieves at the Ratu police station,their supporters arrived and ransacked the police station and damaged its dozen odd vehicles.The ASI Ram Kumar Singh was injured in the incident.

Now,when the three thieves were sent to jail,the police were gearing up to identify and book all those who had launched attack on the police station.

A Jeep set on fire by the armed cadres of the Peoples’ Liberation Front of India (PLFI) during the indefinite “strike” announced by PLFI in Latehar district in Jharkhand on Saturday night.