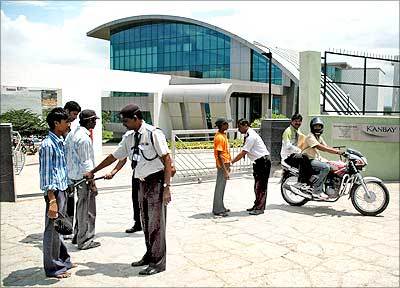 'Tu daal-daal, main paat-paat'( which means staying a step ahead of the enemy).This appears to be the policy being followed by the Maoists against the police for long.

At ground zero,these left wing terrorists have stopped using cell phones,SAT phones and E.Mails.They have begun to rely upon couriers with encoded messages.

In fact,Maoists,who consider the state administration and the police as their enemy,have suffered many jolts due to mobile phones they have been using to communicate among themselves to threaten enemies,kill them and collect extortion money(Levy).

In the process,as the police kept surveillance traps,many of them were arrested and many others had fallen into the police traps as the security forces managed to over hear their conversation over phone calls and traced their locations and conduits who supplied them logistic support.

Aware of it,the top brass of the Maoists are learnt to have issued directives to their cadres to avoid use of mobile phones to evade any trap set by the police.The Maoist high command wants its cadre to use age old media of communication-'encoded message or letter.'

By using their own postman they have begun to communicate to their own colleagues by using encoded words.Even if the post man is nabbed and the posted letter seized,the police can not understand the meaning of the text used by them.

This emergent reality was learnt by the police after it arrested a CPI(Maoist) Sub Zonal Commander Bacchan Rajwar aka Praveenji was arrested and during his interrogation on August 14.He,who is a resident of Amhi in Palamau and who was figured as accused in five criminal cases,carried a reward of Rs five lakh on his head.

"During interrogations,he revealed that the Maoists have issued directives to their cadres to avoid use of mobile phones",said Latehar SP Indrajit Mahata.

www.jharkhandstatenews.com has learnt that instead of using mobile phones,they were using their own postmen and couriers to communicate with their cadres through letters each encoded words.