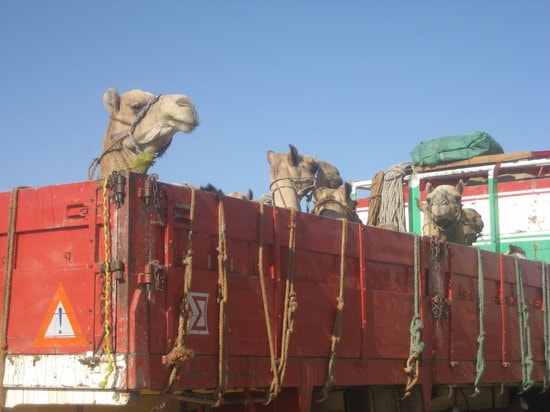 With the court ordering release of 80 camels,none of the Muslims who had procured to sacrifice them on the Eid al-Adha,have greeted the verdict.

As the day of Eid al-Adha which is also known as Bakrid or Abkara,is just a day away,and the court of Judicial Magistrate S.K.Maharaj's  order had come a couple of days ahead of it on Tuesday,these Muslims have lost opportunity to sacrifice these valuable camels.

Now,as the day of sacrifices approaches,these Muslims-all residents of  Ghorthama in Giridih district in Jharkhand,who had got these camels from Rajasthan for the day are learnt to busy preparing recipes for the dishes they can put on the spread to enrich their experience."We are shocked and have lost money too",said a disappointed Md Rahim,a resident of Ghorthama in Giridih district.

The police had recovered these 70 camels after an animals rights' organisation lodged a complaint with the Dhanwar police station in Ghorthamba area of Giridih district,about 220 km from Ranchi,alleging that camel slaughter was illegal and animals should be rescued.

Now,while these Muslims appeared to be disappointed on the eve of Eid al-Adha,members of the  animals rights' organisation have congratulated the court for saving the life of these endangered animals."We salute the court to stick to the law and pass order in accordance with the law",said one of them who does not want to be named.

However,the story did not end with the court's order.After the order was passed,the animals were being loaded on a truck to be taken back to Rajasthan.But,the driver and conductor are learnt to have died due to electrocution."As they were loading these animals,they caught high tension electric wire.They were declared dead in the hospital on Wednesday",said the police.

In any case,the  police have handed over these 80 camels to the animal rights' organisation.If reports are to be believed,these animals were on way back to Rajasthan by a truck.