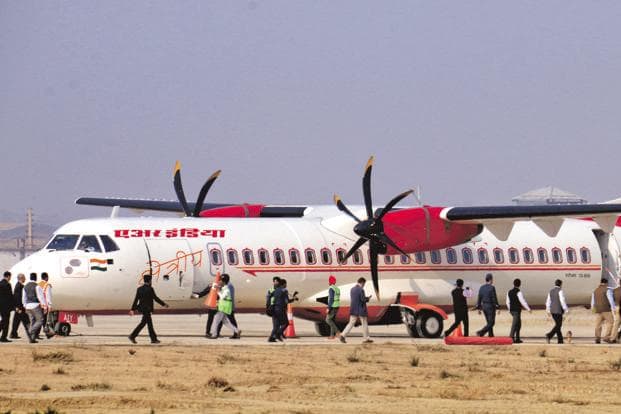 Very soon people in Dumka, Deoghar, Bokaro and Jamshedpur will enjoy air connectivity from their respective cities. The Jharkhand government is all set to initiate air services in between these four cities.This was indicated by Chief Minister Raghubar Das in a meeting held with the Union Minister of State for Aviation, Jayant Sinha at Jharkhand Secretariat on Tuesday.

The Chief Minister said that the state government is committed to providing air services in different districts of Jharkhand. The state government will extend all possible assistance to initiate air services using smaller crafts in Dumka, Deoghar, Bokaro & Jamshedpur. Speaking about the benefits of the proposed air service, the CM said - "With the launch of the air service, the people of the state will get substantial benefits.This will be helpful to business organizations. The traders and businessman will get to save their valuable time, people will get jobs as well. The business will grow. The economy will benefit".

It was informed in the meeting that the air service will start soon from Bokaro and Jamshedpur. The process for this is in the final stages. Dumka is also being readied towards flying smaller planes. The foundation stone for the Deoghar airport will be laid in November. It will cost about 500 crore rupees. In addition, the process for air service from Dhalboomgarh near Jamshedpur and Chaynaki in Palamu has been initiated.

Jayant Sinha, Union Minister of State for Aviation informed that the expansion work of Ranchi Airport will begin in the middle of next year. It would be made of international standard. In view of a large number of Jain pilgrims visiting Parasnath every year, helicopter service from Ranchi to Parasnath is also being mulled, informed the union minister.