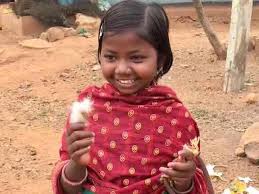 A year after the Supreme Court directed top officials of the state governments in the country to remain alert and trace the children who go missing,the police have failed to provide relief to parents of the missing children in Jharkhand.

As per the Jharkhand state portal,the number of missing children was 857 till August 31.Among them 101 were recovered.This means that while only 12 percent had returned home,88 percent remained missing.

On October 16,the SC took India's state governments to task for their laxity in tracing 1,00,000 or so children who go missing every year.The apex court had acted upon a public interest litigation filed by Novel Peace Prize winner Kailash Satyarthi's organisation,Bachpan Bachawo Andolan.

The SC had announced that it will periodically summon administrators of states from where large numbers of children go missing and ordered the Chief Secretaries and Director Generals of police of Bihar and Chhatisgarh to appear before it and on their appearance directed them to act and recover the missing child on October 30,2016.

A year later though 25 children had gone missing,less than 5 were traced and returned home.Among the missing children, nearly 75 percent were girls,claims Child Rights activist Baidyanath Kumar.

Seriously enough a study shows that many missing children in Jharkhand were poor tribals.Worse,even after some of them were traced and recovered,they failed to return home quickly.It takes months to make them reach home mainly because there is no coordination between the police and the child welfare committee.

Another sad fact is that the government at the centre and the state has no specific law focusing on missing children and the issue is addressed as crime committed against children.