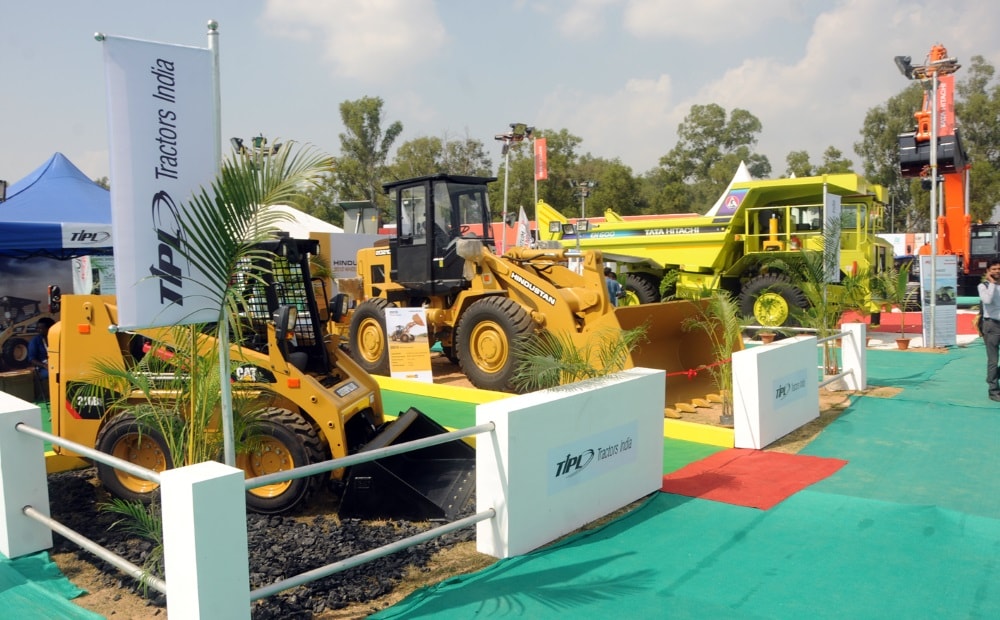 *Picture shows exhibition of mining equipment's at the JMS 2017

Inauguration of the Jharkhand Mining Show(JMS) 2017, organised by the state government's Mining and Industry Department(MID) and Confederation of Indian Industry in Ranchi on Tuesday, witnessed signing of a Memorandum of Understanding between the state government of Jharkhand,Mineral Exploration Corporation Ltd and the Coal India Ltd.

As per the MoU,the stake holders will facilitate and work to provide water for drinking and irrigation purposes in coal mining areas by utilising the underground water in abandoned mines in Jharkhand.This is first of its kind venture.

The significance of this MoU lies in the background of these abandoned coal mines.Every body knows that Jharkhand is one of the richest states as far as minerals and coal are concerned.The management of these resources has been a vital issue for the development of this state for long.

In the coal sector after completion of mining activities,many underground coal mines were left abandoned.These mines were either filled with water in due coarse of time or became shelters for anti social elements.These mines also posed threat of inundation to the adjacent mines after being filled with water.No serious efforts were made to rehabilitate these mines by the previous governments of both the JMM,Congress and allies and the BJP.

With the BJP government led by the CM Raghubar Das undertaking this move,a brain child of Sunil Kumar Barnwal,Secretary MID,who is the CM's Secretary as well,mining experts have welcomed the move."It is a right move in a right direction",said Biswajeet Banerjee,ex CIL engineer.

In his book -Mineral Processing Technology-P.K.Arya,Central Mining Research Institute,Dhanbad,wrote in 2005:"The underground mines provide large area with a prevalent environment of darkness,with humidity and constant temperature,which is most suitable for mushroom cultivation."

Though it is not known whether the stakeholders who had signed the MoU today will work to utilise the water resource of these abandoned coal mines to promote mushroom cultivation too,Union Railway and Mines Minister Piyus Goel who inaugurated the Jharkhand Mining show at Prabhat Tara ground in Ranchi,congratulated the state government led by Chief Minister Raghubar Das for the MoU.

Further.speaking on the occasion,Goel appreciated the state government and said that it has successfully utilised District Mineral Fund for providing pure drinking water to people in mining areas.He informed that that the railways have plans to invest Rs 3500 crore in the railway sector in Jharkhand.

Apparently,going high in words,the CM said the investor should meet him directly if he or she faces any difficulty."The government will quickly provide security and work will be done speedly,"said Das

The mining show was participated by senior officials of the state government and PSUs-CIL,Mecon,CMPDIL,Tata Steel and so on.