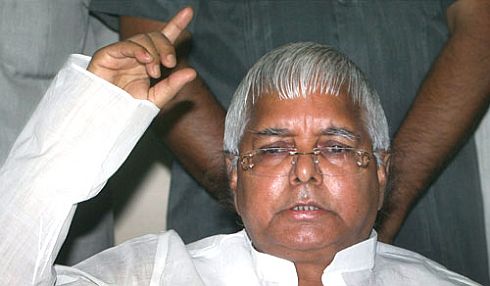 Responding to a directive by the court,former Bihar chief minister Lalu Prasad Yadav will bear the cost involving visit of judicial officers to Thailand to record the statement of its resident as a witness in his defence in the multi million rupee fodder scam case.

The case(RC/20(A)/96) pertains to fraudulent withdrawal of about Rs 37 crore from Chaibasa treasuary and involves 45 accused including Lalu Yadav and former CM Jagannath Mishra who were charged with conspiring with the accused scamesters.

The trial has reached the final stage.The arguments from both prosecution and defence were almost complete.The verdict is expected to be announced after four accused-Lalu,Vidya Sagar Nishad,RK Rana and Jagdish Sharma-fold up their arguments.

One of the defence witnesses of Lalu Yadav is SC Chawla,a Thailand based resident.As per the Jharkhand High Court’s directive,the CBI has to provide relevant documents meant to be verified by Chawla.The said documents were seized by the CBI sleuths from Yadav’s residence in Patna.

With these documents,a group of judicial officers are to visit Thailand to record Chawla’s statements.The entire expenses to be incurred on their visit to Thailand are to be borne by Lalu Yadav